But Wait! First, imagine a world full of technology. Do you see that annoying iPad? Well, now imagine a world 2500 years ago. I’ll show you what it is like to me. Here we go!

My name is Catherine. I am not that old, only 12, and my adventures began when I washed up on the shore of the Navagio beach in Ancient Greece. Not long after, I realized something. I had no idea how I knew that this beach was the Navagio Beach, or how I was in Ancient Greece. I was trying to remember how I got here. All I could remember was that I was going to get the bread from the toaster for father, the tea for mother and the marmalade for grandma.

The toast was so buttery, I could gobble it up in one go. But I didn’t, because my father would not get any. The tea was normal, but mother was addicted to caffeine. She could beat anyone in any contest related to tea; making, drinking, you name it! Grandma, well, she is very old; as old as the fossils in the ground, which were alive, like a quintillion years ago and she liked eating marmalade. She even ate it when she was two!

When I was done with my errands, I flopped on the bed in my room, picked up a random book, and then I ended up here. I was still wondering how I got here, imagining the bed had whisked me away to Ancient Greece, when I also realized: I wasn’t wet. I was just settling near the sea, and the water kept sweeping towards me, but I was not getting wet. “I wonder what strange things I might see if I roam around”, I thought.

So I found a twisting path and as I started walking on it I found some super strange things indeed. I saw people looking through some very funny telescopes, someone chanting, “Monday, Tuesday, Wednesday, Thursday, Friday… Monday, Tuesday, Wednesday, Saturday, Friday…..” I walked down the path, and soon I had cold feet. Nagging thoughts came to me. “Turn back!’ “Just stay in one place!” “Don’t go that way!” But that just made me more determined to go that way.

Finally, I came to a village. Now, this would be a very normal thing to see on a regular day. But everyone was wearing battered white shirts, and they were looking very old, like around 80 years old. Everything looked medieval. It just made me want to faint, because the calendar date said 6th July 506BC. I was 100% sure that today was the 27th April 2022, early in the morning.

I was scared, because I had school. What if I missed school? I wanted to have a full attendance, and if I was stuck in time, I wouldn’t have one. How can these people know that there are calendars or days or planets? But trying not to feel panicky, I walked on and noticed a clay pot. I also found a saw. I even saw some duct tape! I made my way up to a school made out of brick.

“Okay,” I thought, getting more confused by the minute. “There are bricks in this medieval time. Great! I was about to go in. “Time to go to school!” I almost jumped out of my skin. I probably would have, but I got control over myself. I blinked.

I was suddenly in a bed, with a woman looking down at me. I heard a SPLAT! SPLATTER! SPLOT! I squinted outside, and saw it was raining cats and dogs! I bore a book in my hands, but I was very confused. I tried jogging my memory and then realized – I had been dreaming!

It was the 27th April 2022, and I was in my bedroom with mother. I sprang out of bed, got dressed, and went to school in the heavy rain, but I kept wondering how it would be like if I lived 2500 years ago. It would always be my biggest what if. What if I really lived 2500 years ago? How would we progress? Do you also have thoughts like this? Tell me all about them. And, did you visualize my version of 506 BC?

Well, hope you never get stuck in time. I’m just saying, I’m convinced you would like to be this year than in 506 BC. But you could always have different opinions.

“Have a nice day at school!” Mother called after me. 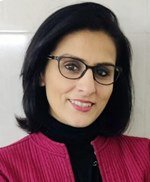 This story is the result of The Writer’s Workshop, conducted by Nidhi Saini, author, communication skills trainer, emotional clarity coach and confidence consultant.

To share this article, please select below icons
Stories Writers

A Diary of A Young Girl

The Adventures in Ancient Greece